The Diary of a Political Idiot 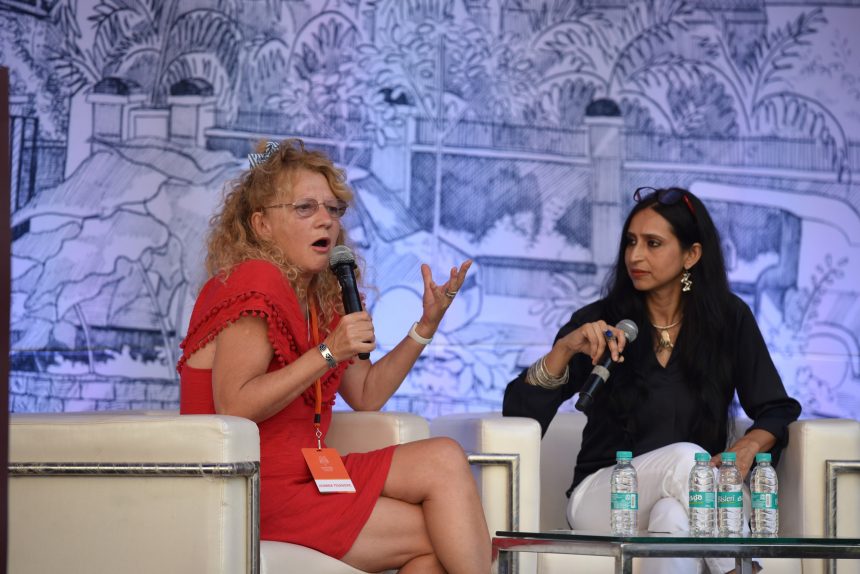 Shoma Chaudhury, who moderated the session introduced the author Jasmina Tesanovic who is a journalist, feminist, political activist, and filmmaker. On Serbia bombing in 1999, Jasmina started the conversation saying that she believed it could happen to anyone, anywhere and that is why she was a political idiot. She hails from Yugoslavia the country where people lived together for 50 years, but later it changed and nobody intervened in humane way. Now, people take that incident so casually but people don’t realize that it can happen to them too.

When Shoma asked her where she stood in the complex matrix and why she was seen as an outsider in this emerging voice. She answered, “…in the beginning of 90s, some of them were aware of what was happening so they started writing against it. People stood against their own military with the principle of first go against your own military and then against other country’s military.” She was in that group and very soon they became notorious. To share how she confronted the fear of bombing, she said they thought maybe they should bomb us immediately and end it. People were ashamed to say that they were afraid. So, she opened the doors saying all those who are afraid, pack their bags and come and stay with her.

To make people understand how did she help change the pattern of feminism, she said, “in 90s when everything collapsed she decided to organize a feminist publishing house.” The session ended with a note saying what really defines your originality.