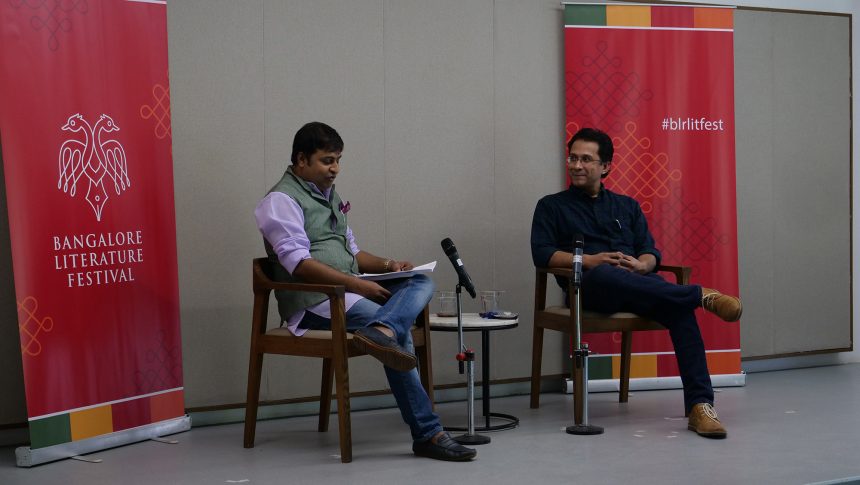 This session was with Joshua Matthew, who penned down The Last White Hunter: Reminiscences of a Colonial Shikari, the biography of Donald Anderson, son of author and hunter Kenneth Anderson. Tony V Francis, a novelist and Media & Broadcasting professional with over 19 years of experience in the Indian Media industry, was very curious about knowing Joshua’s experiences throughout the journey of writing the book.

Joshua Matthew said the idea behind this book was to tell the extraordinary story of Donald and capture the changes in the jungles of South India and Bangalore during his lifetime. He wanted to shine a light on lesser-known aspects of Donald and the city’s past. He mentioned that all he had was Don’s story and his purpose was to tell it exactly the way it was, without any filters.

When Tony asked Joshua about his thought process when he started this project and how difficult it was for him to publish the book, Joshua talked about how he met Donald and accompanied him to his favourite jungles. He said he knew Don for 6 years, and during those years, Don gave him a fantastic collection of photographs and negatives starting from the late 1800s to the modern day. “I realized that nobody would be interested if I had just published the photographs. So I decided to tell his fascinating story and make the photographs a part of it.”, Joshua added.

Speaking about the struggles of getting his book published, Joshua mentioned that the title and the story made it very challenging for him to find publishers. He said whenever he approached a publisher, it was always about the left and right way. The right side was about focusing on the right things like story and content. The left side was actually about building an audience for this book. So, he used to tell the publishers that if they would care about the publishing, he would take care of the selling. “The book took me 6 years because of Don’s health and other issues. So, I thought when the book was ready, I would already have an audience ready.” He added.

Later, the discussion revolved around Joshua sharing his experiences and conversations with Donald Anderson. He pointed out that his discussions with Don never really went in the way he wanted. He said he understood that a systematic or structured approach of asking questions and getting answers from Don wouldn’t work well. “It was difficult to get better insights from him before he got friendly with us. He wasn’t very open to talk and explain things. So we used to record his words secretly.” Joshua recalled.

Tony also shared some compelling lines from the forward of the book where T.N.A. Perumal, a wildlife photographer from Bangalore mentioned “Don and I are very similar. We are naturalists and the only difference was that I picked up a camera while he picked up a gun.” Joshua responded to this by quoting a few other words of Perumal where the latter once said whether it was hunting or photography, one had to understand and track the animals’ behaviour in the same way.

Towards the end, Tony emphasized the role of Aaya (Domestic help) who supported Don and mentioned that the stories she told were a big influence on his life. Joshua also talked about a few more interesting things about Don, and the colonial life in Bangalore during those times.

About the Author: Sai Pradeep is an aspiring writer from Visakhapatnam who recently published his first collection of poetry, All the Lights Within Us. He is working as a content writer in Bangalore. He currently writes for TheSeer.