The Story of an Acid-Attack Survivor 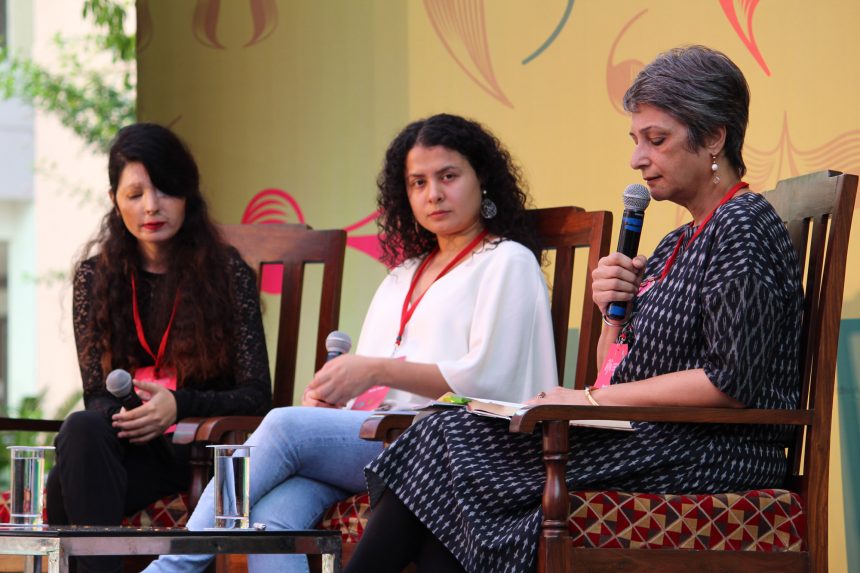 Two women, two horrifying life-changing incidents. They don’t give up; instead, they determine to emerge like a phoenix to inform the world about what it takes to rise out of an acid attack and bring back normalcy in life.

Reshma Qureshi, an acid attack survivor and Tania Singh, CEO of the NGO Make Love Not Scars (MLNS) join hands to present the story of Reshma and many other girls like her who faced acid attack, in their book ‘Being Reshma’.

As the moderator, Preeti Gill an independent literary agent welcomes the two brave ladies. Reshma and Tania confidently retell their stories of the fight against this ugly war.

Reshma was just 17 when she was attacked by her brother in law on her way to school. Nobody turned up for her help. On top of that when she went to the hospital, she was first asked to lodge an FIR. She had no option. Filing complaints and interrogation took almost 7 hours and she was still unattended. Later on, she was provided medication but because of this delay, she lost an eye.

In another world, Tania was studying business in Singapore where during a fire accident she burnt her hair and was going through the treatment in best of the hospitals there. As she wanted to return to India, she looked for medical facilities for burn victims here. But to her dismay, she found it to be pathetic. Most of the preventable burn victims lost their lives because of poor medical services. In her research for the betterment, she came in contact with the NGO MLNS. Here, they started a campaign to provide dignity to the acid attack survivors for which Reshma volunteered to become the face of the campaign and the journey of togetherness started.

Tania tells about the campaign which was a beauty vlog by the acid attack victims presenting online makeup tutorials with hard-hitting taglines like “Most important tip: You will get an eyeliner for Rs 100 but a bottle of acid for only for Rs 30 and that is why girls are so easily attacked with it.” The campaign went viral and led the government to ban over the counter sale of Acid.

Reshma who has been to New York Fashion Week is happy with the awareness being spread but she believes still a lot has to be done. According to her, even as we discuss it, someone might be still under attack. The offenders should be punished strictly. As Tania puts it, India has one of the stringent laws for women protection but implementation is where we are lacking. A great sigh of relief is that the incidents have been increasingly reported contrary to earlier times when a stigma was attached to such kind of incidents.

As we come to the end of the session, Reshma appealed to everyone to not run from an acid victim but instead help them to get first aid relief which can be a life saviour. Preeti Gill concluded this life-affirming story while it touched all of us somewhere deep down in our heart.