The Things We Do 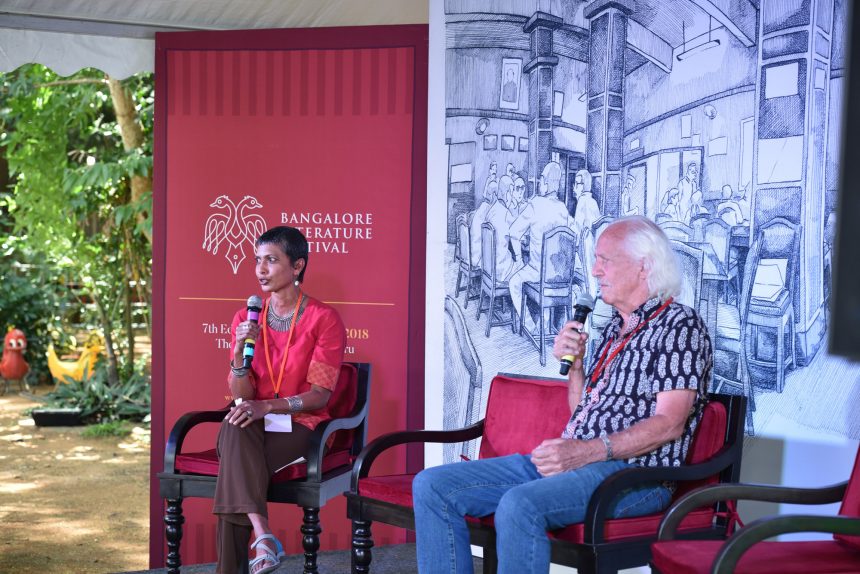 On the velvet red couch were seated the wildlife couple, Romulus Whitaker and Janaki Lenin getting candid with the audience of diverse cultures united under the roof of literature, discussing their journey with reptiles.
Romulus is very popularly known as ‘The Snake Man of India’. He has contributed largely towards wildlife conservation; particularly reptiles. He is the founder of the Madras Snake Park, The Andaman and Nicobar Environment Trust and the Madras Crocodile Bank Trust.

Janaki Lenin is married to Romulus, a former filmmaker, wildlife conservationist, and now a writer. Janaki jokes about Romulus how security personnel see him as a security hazard, as to carrying snakes around! Romulus’ journey has been exciting. Born in India, from working in the US army for two years, being a conservationist, zookeeper, film maker, consultant to a herpetologist, his journey has been both exciting and challenging. Owing to his love for reptiles, Janaki questions if he really is evolved from monkeys, and he smirks that he may have evolved from reptiles.
When Janaki asked him what was the most exciting work he had done, he described one of his adventures with crocodiles which goes likes this: They were locating crocodiles and their eggs. The exciting part being making use of helicopters! The security crew along with Romulus went low over the river banks and high again. They threw toilet paper rolls in order to keep track of the path taken. Then, they had to stop the chopper and go on foot along the paper rolls, vigilant about hippos and elephants, protecting eggs of crocodiles.

When the floor opened up for questions, many curious audience members swayed their hands in air. Questions were regarding how compatible are people with wildlife. Janaki beautifully mentioned that it was in the mind.
Further the audience wanted to know what were the challenges faced to build a snake park in India. Romulus’ demeanour seemed to be cool about it. There were jeopardy issues of course.

On being asked about why India amongst all other places? He proudly quoted “Home is where the heart is”. The aura that the wildlife couple carried, touched many and they carried a sense of completeness listeninging to the grounded couple.