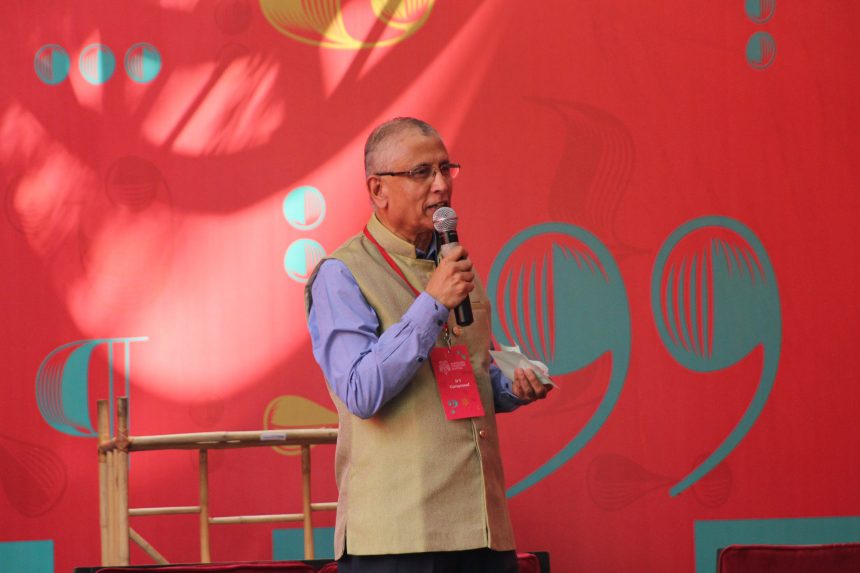 Crime reporting is especially liable to be influenced by sensationalism. Reporting means here dwelling between the suspects of the committed crime. The greatest challenge to a writer is to keep the reader guessing the unexpected twists and turns in the story to hold the reader till the end. Former IPS officer DV Guruprasad is one among them who have succeeded in that aspect.

Discussion started with a question, ‘why crime attracts readers?’. The senior police officer elaborates the secret in his novels. Back in his early days, he was sensed with the taste of literature . As an IPS officer, he saw many conflicts, crimes being committed during his duty period. With the touch of literature, he compiled his experiences of the crime department and came up with the book.

DV Guruprasad shared his life experiences as a police cop. The study of crime requires a lot of attention to understand the purpose and cause to the crime. The retired officer shared few hypothetical cases that have been recorded in the police history. He explained the psychological mindset behind the crime. The session also witnessed the secret of his next book which is based on the true story of the contribution of Karnataka Police department in Veerappan’s assassination.

About the Author: Bharath Srivatsav is a student of mechanical engineering from Bangalore. He dreams of building a career in cinema and literature. Some of his hobbies are reading books, travelling places and blogging about films. He currently writes for TheSeer.