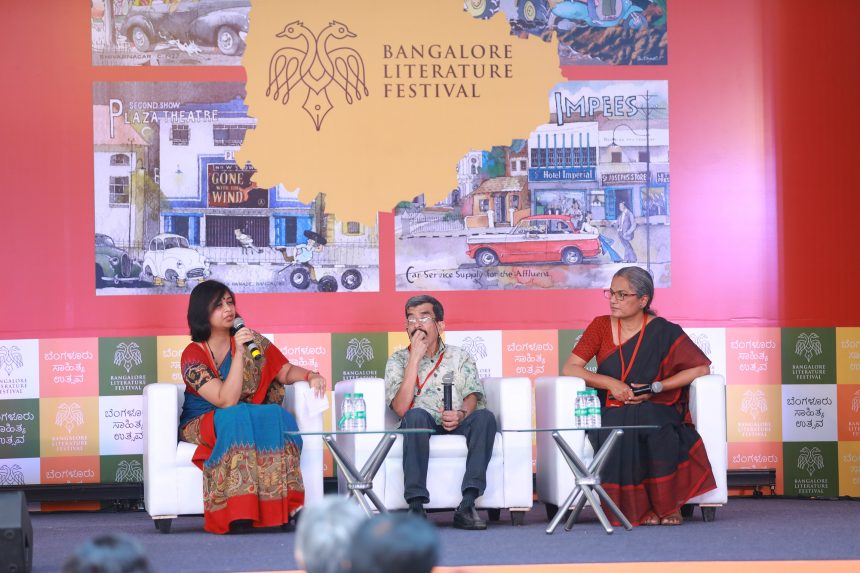 Sudeshna Shome was the moderator of the session. She knew how to ask the questions that can elicit replies that might long live for the session. To all of you who thinks Children’s literature is not significant enough to discuss, let me remind you of the vocabulary, the morals, the adventure and imagination that only a book can give to a child. I will also add patience to the list as I have seen my little brother sit still only when he had a Balbhumi during his toddler days.

Ranjit Lal whose books are based on contemporary themes confessed how he can’t write on traditional themes as it is a field that he has zero knowledge on. Everyday concern and evils that children need to be educated on are taken up by Ranjit Lal. For instance, one of his books deals with grandchildren learning to cope up with their Grandfather’s amnesia. His books are also noted for the female/ girl centrism. In his book, it is always the girl who guides the boy. He admitted in the session with a grin that it might be the result of growing up between two sisters.

The session also saw Ranjit Lal explaining the absence of parent or adult figures in his stories. They interfere too much. I put them in a hospital or something, he replied to the audience and I am charmed.